The core idea of the design is to bordering the monumental complex with a common visual podium both for the Castle and the annex building, where to locate large part of the project’s program that will be complementary to the exhibition’s spaces hosted in the heritage buildings.

Since the existing heritage monument is a self standing landmark in the island of Favignana and represents a consolidate picture, the intervention foresees a new addition that wouldn’t vary the monument’s actual integrity, instead is based on an annex completely detached by the complex while being conceived as a connection ring for the museum’s functionality.

The Castle complex is an “enclave”, designed and shaped to be a fortress on the peak of the rock dominating the island. It was of such use for centuries . In the moment that would became a museum with a high cultural profile, the interior spaces of the fortress will be dedicated to exhibit spaces.

Unfortunately the exhibit spaces in the castles won’t have any relation with the island and the surrounding and this would be due to the specific character of the castle building, tipically closed torward the outside.
In counter position with the Castle The podium is configured as a “Belvedere” fully open at 360 degrees to the amazing natural surrounding of Favignana .

While it is strongly connected to the castle and deign to appear as part of its foundations and basements cantines, with barrel vaults shaping the spaces, in the meantime the podium is a fantastic Belvedere from where to admire the gorgeous meeting of sea and rocks.

The prototype of this architectural element, designed to unify the monumental composition and strengthen relationship with the Island, allowing visitors to have the chance to walk around the complex and being able to discuss, talk and explore human artworks and natural beauty, would be the panoramic walkway in the foundations of San Francesco d’Assisi Monastery, in Assisi, Italy.

Indeed the program of the museum was of inspiration, requiring art spaces for artists, bedrooms for visitors, reminded us of the ancient monasteries where men of culture gather and escape from the civil world to concentrate better on Art and Science. 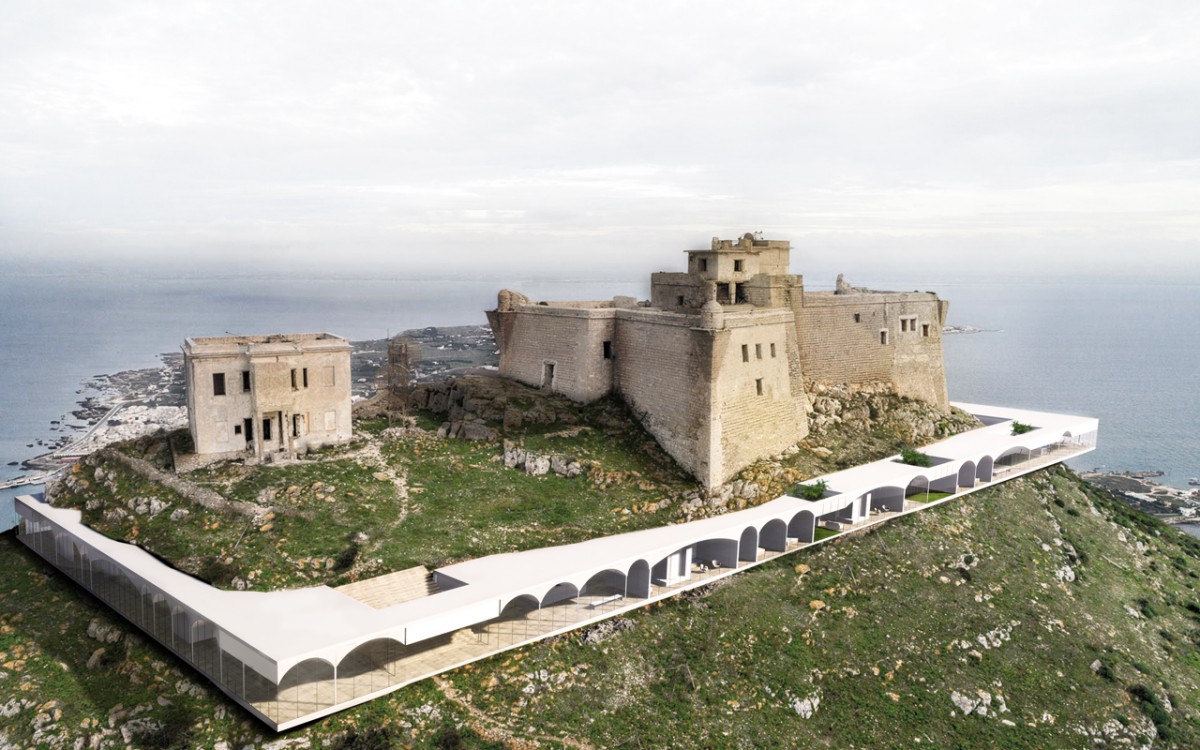 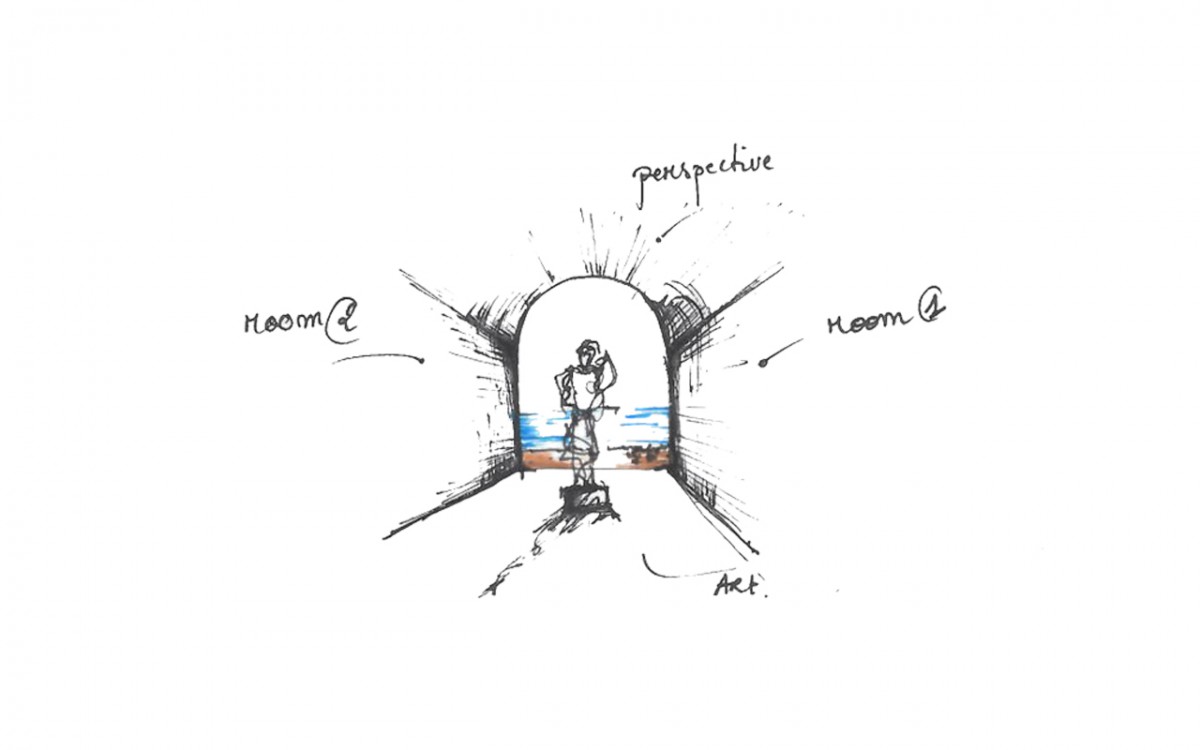 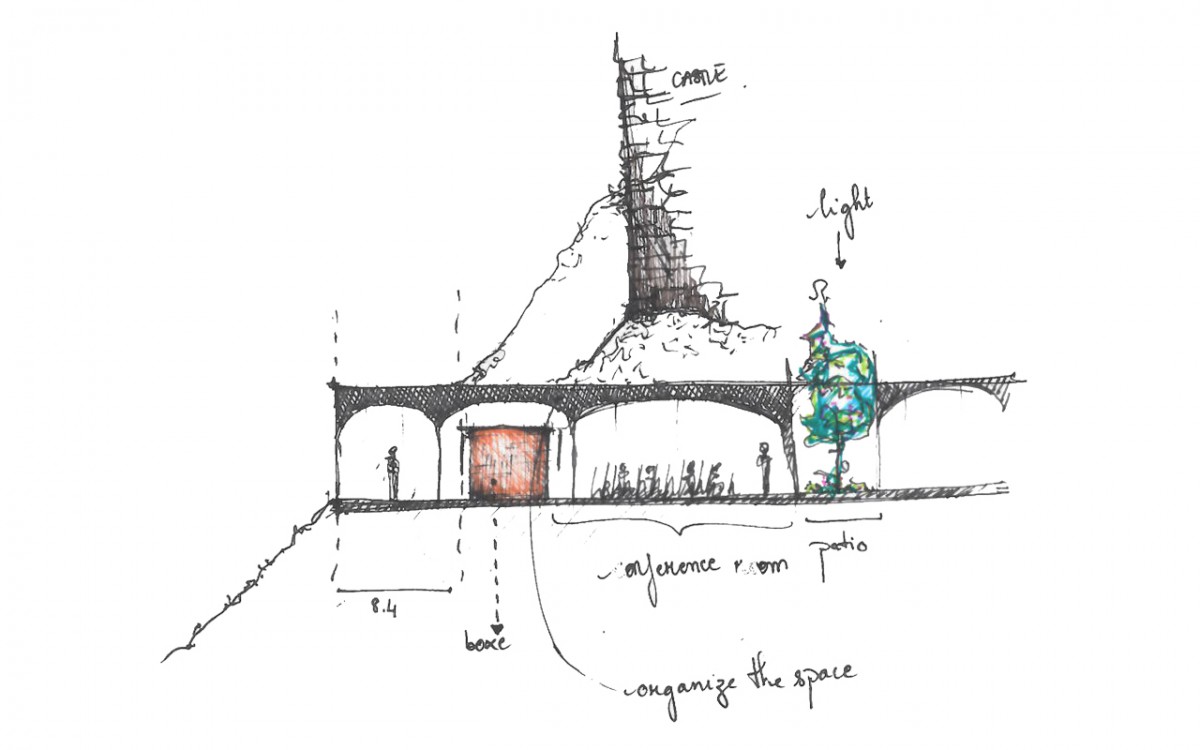 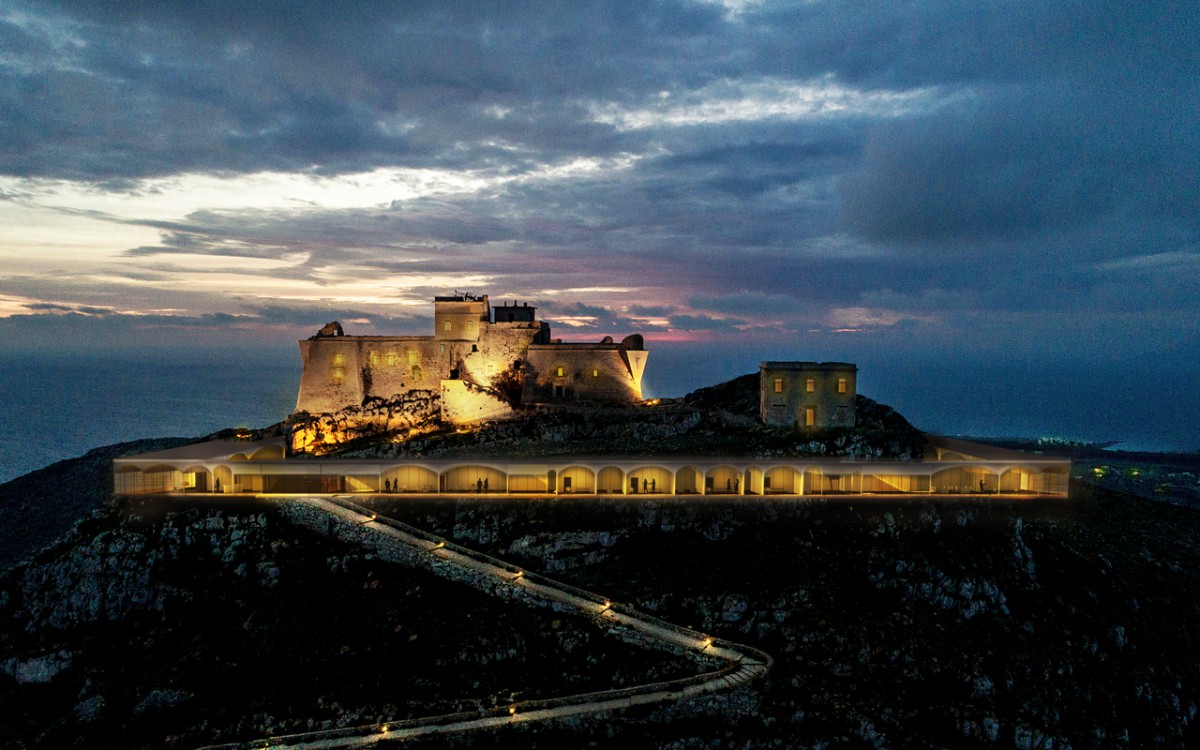 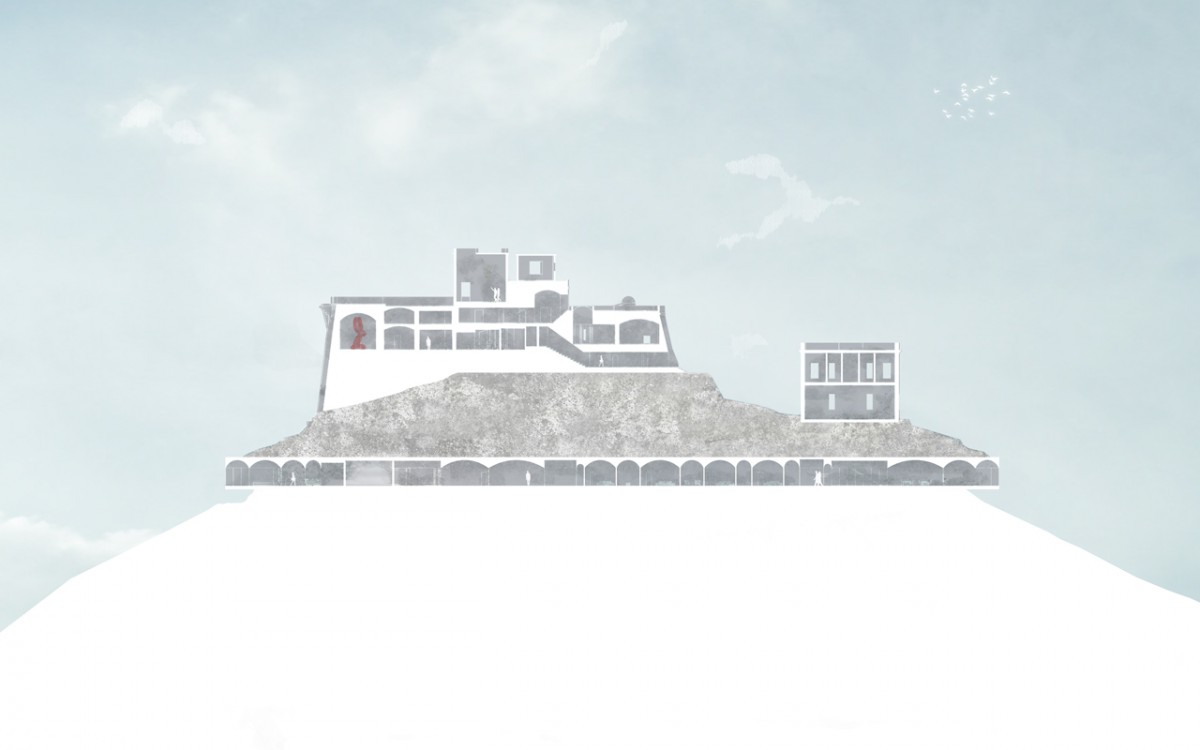 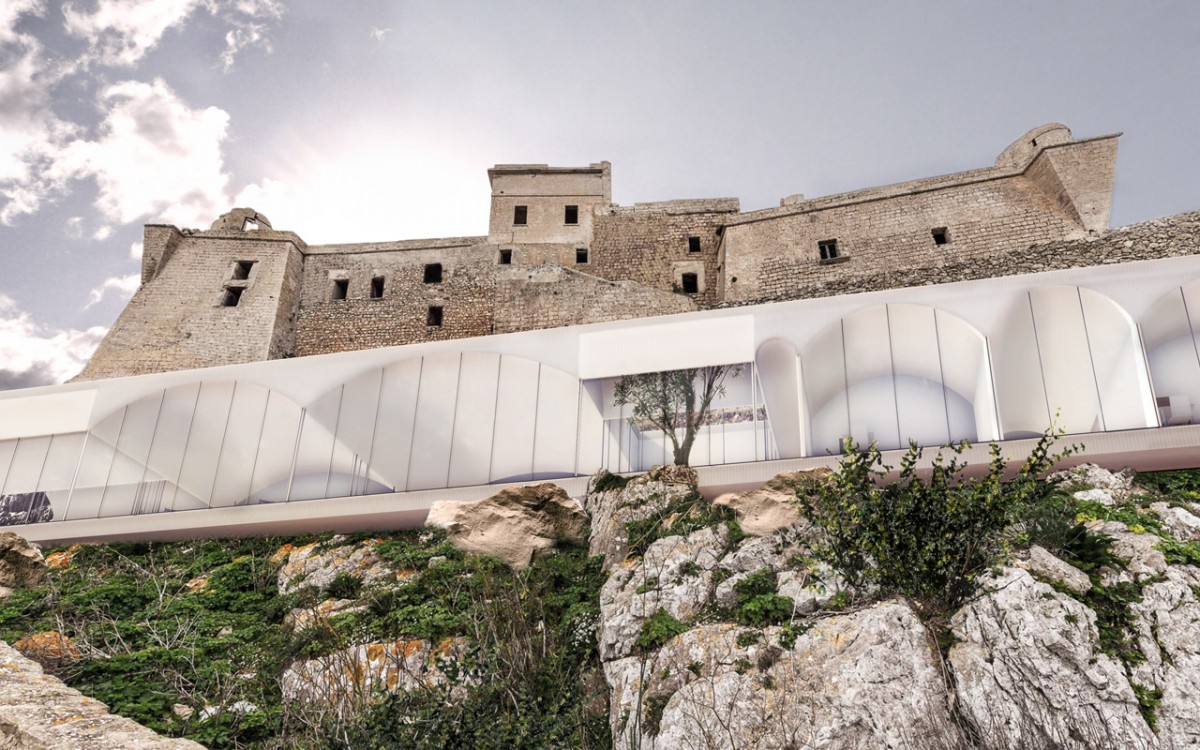 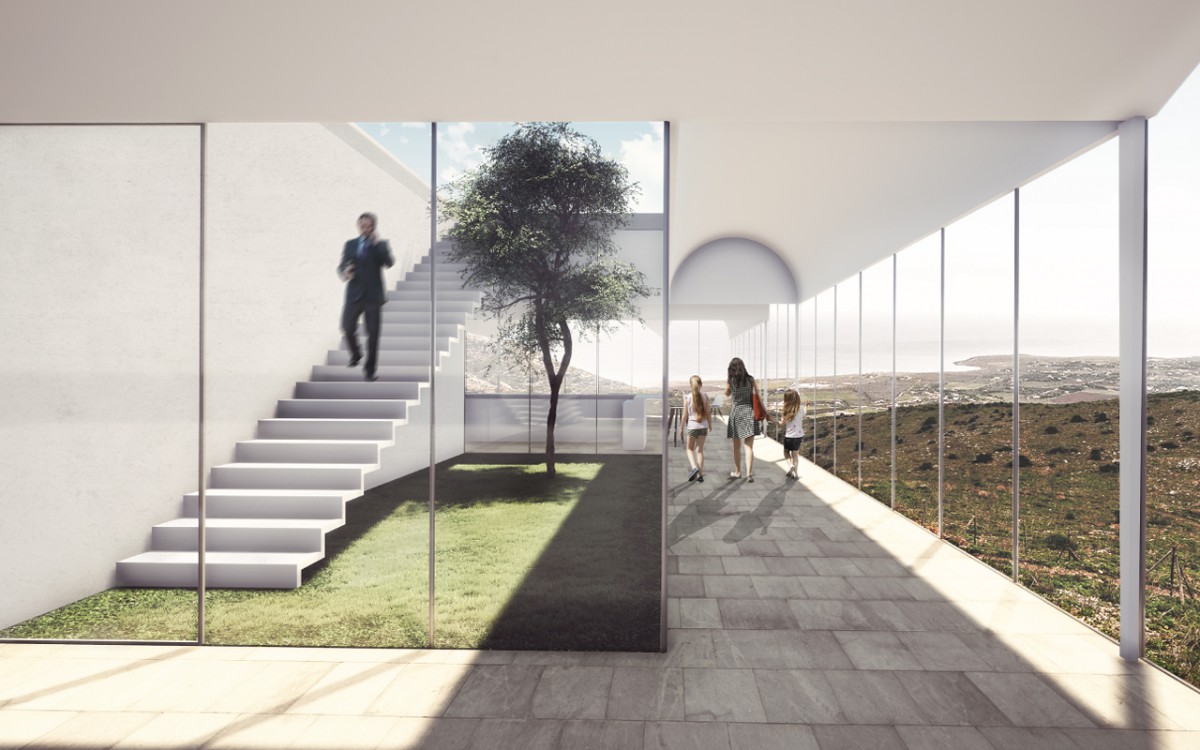 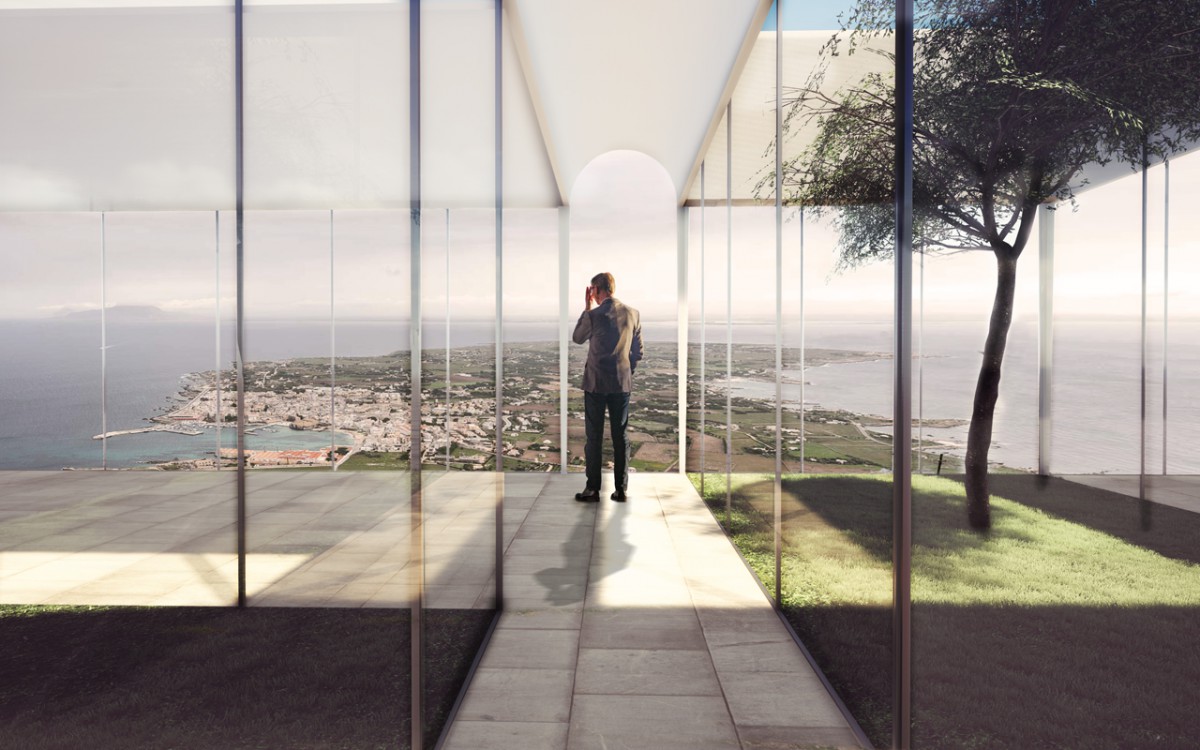 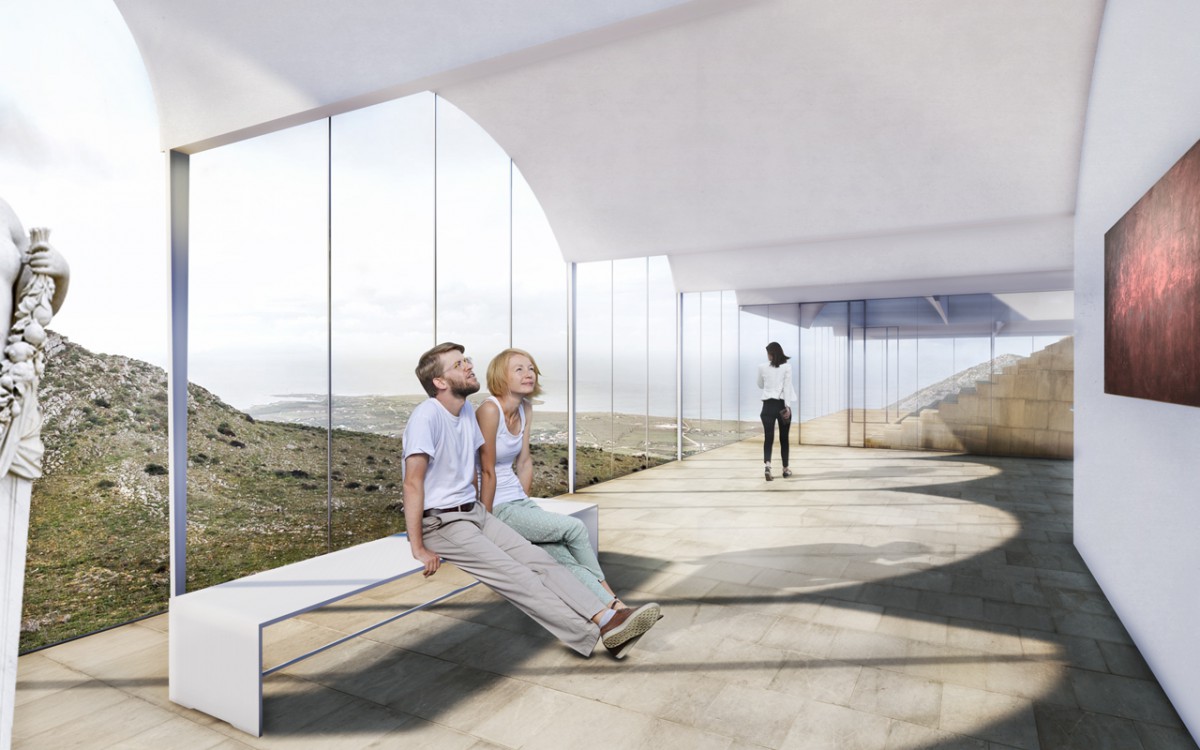 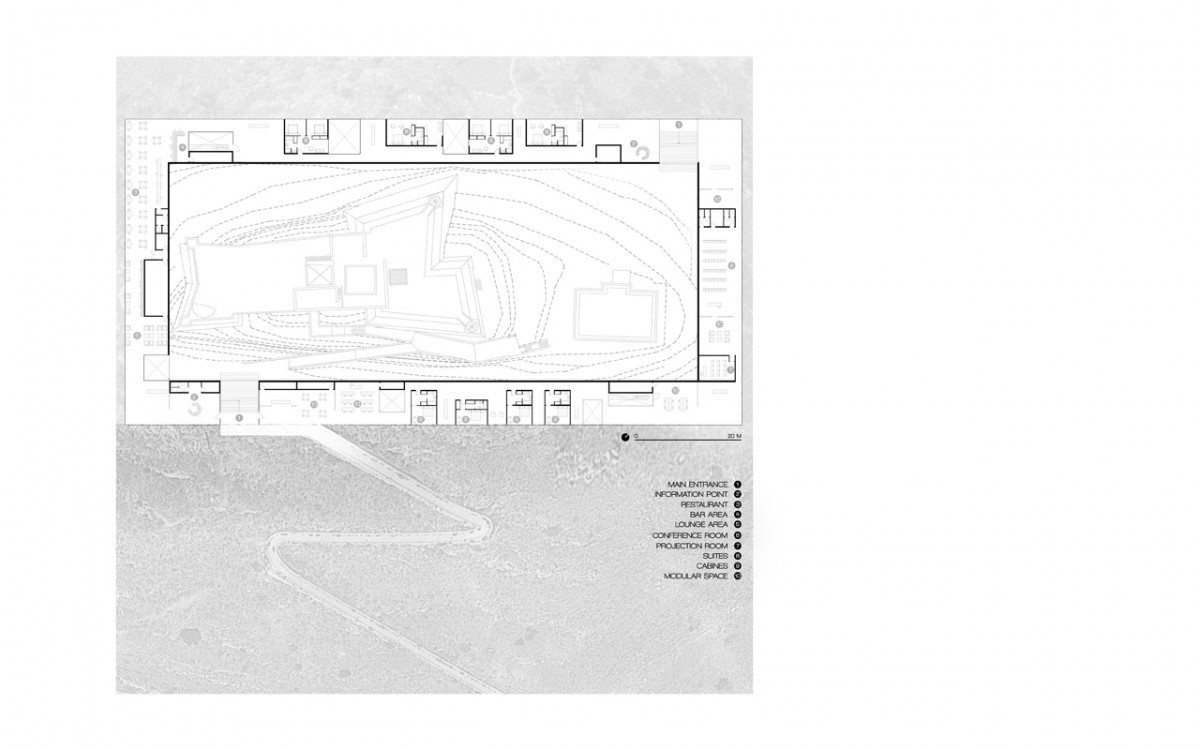 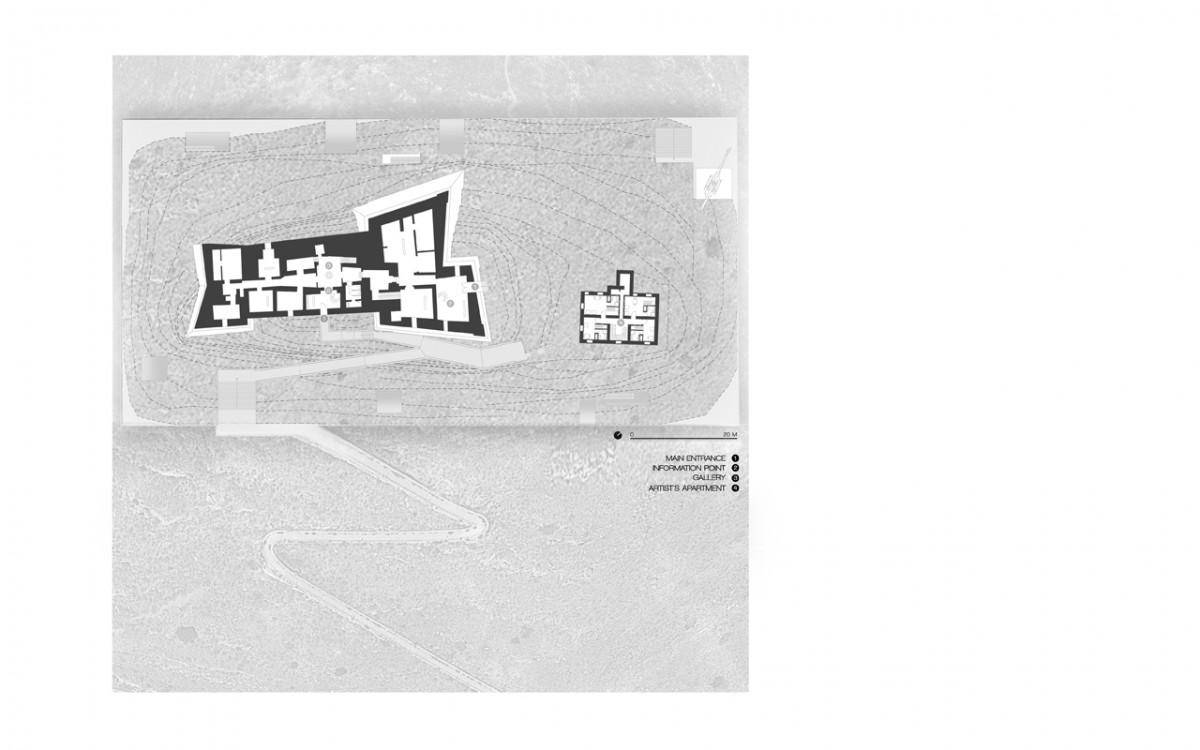